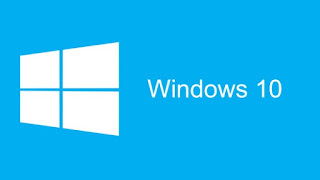 With that, Microsoft will offer to Windows 7 and Windows 8 users FREE UPGRADE for 1 year..!!
Hey.. just 1 year? Are you sure? Free..???
That’s what has been circulated in the world wide web since the announcement by Terry Myerson, Microsoft’s Executive Vice President of Operating Systems 21st January 2015. So, from 29/7/2015  until 28/7/2016, users currently using Windows 7 and 8, will get a chance to upgrade their systems to Windows 10, free of charge.
What happens after the 1 year period expired? Do we have to pay for the software? Is it going to be a subscription based OS? That what keeps bothering me. I mean, what next? Uninstall the OS and goes back to your trusty ol’ Windows 7?
Read More »Windows 10 Free Upgrade. Is it REALLY free..???
We use cookies on our website to give you the most relevant experience by remembering your preferences and repeat visits. By clicking “Accept”, you consent to the use of ALL the cookies.
Do not sell my personal information.
Cookie SettingsAccept
Manage consent