Apple vs Samsung… the battle continues

Hello again guys.. It’s been a while since I updated this blog. When was the last time I’ve posted? Oh, yeah… on November 2014.. Well, now it’s already mid of 2nd quarter of 2015. Hope it’s not still to late to start again…

So this time, after a long “sleep”, were going to continue with the aged old battle between Apple and Samsung. What are we going to talk about this time? Well, do read more after the jump.. 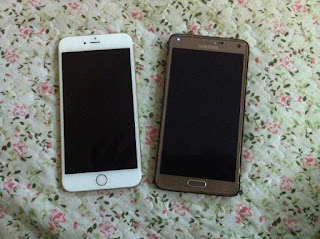 If you guys still remember, I’ve did my first “personal opinion” on the battle of Apple vs Samsung on my previous post. You can read it again from this link. It’s was a battle (sort of) between Samsung Note 2 and Apple iPhone 4.

The madam already parted with her Note 2 since last January and has since upgraded to Note 4 (skipped note 3 entirely here). While for myself, am now happily using my trusty and reliable (hah..!! fanboy alert..!!) iPhone 6 Plus. Now, to start it off, let’s see what Note 4 has to offer. 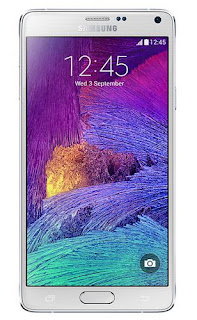 Well, the size is just nice with my hand. The back cover looks like it was made with leather. But actually, it’s made plastic,

The unit that we bought was an LTE Cat4 model. Runs on Octa Core (1.9GHz Quad Core + 1.3GHz Quad Core) 32GB of built in memory, 16MP AD OIS Camera (at the back) and 3.7MP front camera. The display, 5.7″ Quad HD Super AMOLED for ultimate viewing. It also comes with a thumbprint scanner so that you can unlock the phone with a slide of your finger. No more key in the pin or line combination in public, where everyone can see when you want to unlock your phone. Total secrecy..!!

The display is very nice, thanks to the Super AMOLED. It’s very bright and life like. With the 16MP camera, you can even zoom in to your nose an see all those whiteheads and blackheads. Hmm.. time to go to a saloon and do that facial.

The S-Pen has been upgraded. More functions compared to the ones from Note 2. You can even do multitasking. Open multiple windows.

The phone currently is running on Android 5.0.1 Lollipop.

There’s an easter egg on every Android OSes that I’ve noticed. If you triple tap on the Android version, it will show to the name of that version (5.0.1 = Lollipop). This time, it will show the Lollipop. Click on it, the lollipop will change color. But there’s more..!! If you continue to tap on it and then hold, you can play the Android version of Flappy Bird. Nice eh..??!!

Apple iPhone 6 Plus
The model I got for myself is the basic 6 Plus model.. which only has 16GB storage. (very sad…) It 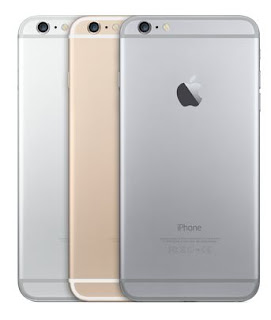 was hard to get stock for 64GB and 128GB at that time because it was selling like hot cakes. Hmm.. I wonder why… Because it was an Apple, perhaps?

In my opinion, the specs are not as “powerful” as the Note 4. It’s screen size is only 5.5″ Retina HD display. An A8 Dual Core 1.4GHz chip with 64-bit architecture with an M8 motion coprocessor.

Camera? Only 8MP, half lower than Note 4, and 1.2MP front camera. Wow..!! In terms of numbers, looks like Note 4 has won the match there.. both camera and cpu.

This phone also comes with a finger print scanner. But compared to Note 4, you don’t need to slide. Just, put your finger on the home button, and it will automatically unlock the phone.

Running IOS 8.3, I can say that it’s quite stable. Now with support of Apple Watch (don’t know when it will arrive on Malaysian stores). Fast response, fluid display. No problem whether you were using iPhone 3, 4 or 5, you can switch to iphone 6 or 6 Plus without worry. Because the interface is the same, user friendly..!! 🙂 Hehhehehe.. I know my Android friends will disagree with me. 🙂

Comparisons
Ok now, what do I like about Note 4? Hmm.. few points here. I like holding to it. It wont slip away from my hand. The camera is nice. Photos taken with it is pretty.

But, I really hate its buttons. TOO SENSITIVES..!! Every time I take it from my wife’s hand, I tend to press the power button.Too sensitives I say. Then the camera took too long to focus. Maybe a bug in the software..? Now the phone always runs out of memory. My wife said, when she wants to upload photos to Facebook, she can attach multiple files. Maximum she can put are around 5 only. If more than that, it will hangs. The battery. OMG..!! It drains too fast..!! Last I heard, Note 3 also facing same issue. Guess Samsung hasn’t settle this issue yet.

Thanks to it’s superb IOS, the process is fluid. The interface is very nice. Smooth slides between pages. Zooms in and out when you open and close an application. Fast camera auto focus . Burst function when you press and hold the shutter button. User friendly interface. Double click the home button to open or close recently open applications. Oh, and if you use one hand, you can double tap on the home button, and the screen go down so that you can easily reach the top row of the icons or menu. Okay. Enough of the “goodness”. I think I’ll do a review on Plus 6 and Note 4 in another post. But for now, let me tell you what I don’t like about Plus 6.

Like I said earlier, it tends to slip away from my hand. So, one handed operation is not really a good thing for me. Better of using both hands. So, the late Steve Job’s vision of one handed mobile operation take fits perfectly on your palm has been broken now. Then there was the famous “bendgates”. Will, you know the phone is thin and lite. Don’t ever put it in your back pocket and then sits on it. Surely anything you put behind there will tend to break. If you wear tight jeans, do take it out when you’re sitting or “bersila”. I’ve no problem with my phone so far… (touch wood) 🙂

Ok, that’s all I can think of right now. Conclusion? Let the photo below decides. 🙂 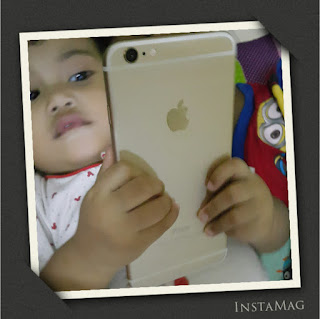 Do come back again if you want to know more about these two phones. Maybe later I’ll do more review on other devices which I have around me.

Do subscribe to my blog to get update on the latest techs or tips on your daily Tech life.

After being an iPhone user for the 6 to 7 years (already can’t remember when was the first time) I’ve now slowly moving away from iOS and is now welcoming Android into my life.

I have now switched from iOS to Android.

You can find the story of my transition here.

We use cookies on our website to give you the most relevant experience by remembering your preferences and repeat visits. By clicking “Accept”, you consent to the use of ALL the cookies.
Do not sell my personal information.
Cookie SettingsAccept
Manage consent