It has been about one week since I’ve upgraded my Dell Latitude E6430s from Windows 7 to Windows 10 Professional. You can read on my previous post on Windows 10 installation here and first look on what Windows 10 has to offer here.

Well, since it is still new in the market (or web, which you can download for FREE), there are still some, what I would say, hick ups (or bug) somewhere. Yet, it depends on which hardware that you installed it to. 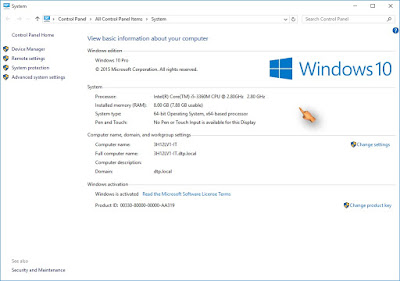 With a specs like my laptop, which about 3 years old this year, the performance is, I would say, quite satisfactory. I really love the battery life now. With a full charge, it managed to last for more than 3 hours with normal working such as surfing the net, or writing this blog :).
Almost all applications which was installed from previous Windows 7 without the need of re-installation. Well, when I said “almost”, there’s 1 application that needs to be reinstalled, which is McAfee anti virus. Since Windows 10 is built from Windows 8 architecture, a compatible version needs to be installed.
Another apps that I was fond in using since Windows 95 (if I’m not mistaken) is the CursorFX apps from Stardock. Noticed the cursor in the screenshot above? That was (and still is) my favorite cursor of all time. I first time saw this cursor in action while watching Chris Pirillo in Call For Help tv series on TechTV. That time, I didn’t know how they did it. Was thinking of posting a question to them to ask about it. But after doing some “dogpiling”, finally found the answer when the “dog” brought me to Stardock. Well, maybe because of the animated cursor is so stunning, it failed to work well with Windows 10. Every time I click on the start menu, the “magic hand” disappeared. A quick check at Stardock’s website has brought to understand that the apps is still not compatible with Windows 10. Hope the can come up with a latest version or patch so that it will work well with Windows 10. I’ll definitely will reinstall it by then.Another issue I’m facing was that after a few ours of using the pc, some icons or application starts to froze. It did not hangs, means I still can do work, or prepare worksheets and all. But the START button failed to responds. Even it I pressed on the keyboard. still the same, which is no response. It is a probably bug. Hope microsoft can fix it via the windows update soon.

I’ve also received feedback from my colleague on his experience with Windows 10. He installed on his gaming machine which has an AMD Radeon graphics card. He said, his PC now runs very slow compared to the time when it was running on Windows 7. Well, most probably it was due to the default driver from microsoft which is not giving the full functionality of the hardware. I advised him to try download for the latest driver from AMD’s or the manufacturer’s website and try it out. It should normally works.

There’s one more problem I’ve noticed while writing this blog. I can’t open Microsoft Store..!! What happened..?? I remember I’m able to open it before. But now, seems like I’m not able to open it. Was thinking of searching some free apps or games to install. Well, I can’t install my favourite games which I used to play on my desktop here. Very limited games can run on a system which has an Intel HD Graphics 4000 as the main (and only) display card installed. Sure you can run some games. But not the latest, graphics and resource hungry games. Sure enough, I can still play my Fallout 1 which I’ve purchased from Steam. Very classic games indeed. Really loved Fallout 1 and 2. Fallout 3..? Well, yeah, it was fun. But it’s more towards a first person shooter rather than RPG. Well, already purchased Wasteland 2, but not able to play it yet due to hardware restrictions. Have to wait for my next year end bonus to get a new gaming notebook. Until that time, just stick to what you have.

If you’re a Minecraft fans, have no fear. Minecraft runs well with Windows 10. Well, I’m not really a fan. But my son is. So he’s the one who plays it. I think I’m going to help him record his gameplay video and upload it to his channel on Youtube. Yeah, that would be great.

Other applications which comes bundled this windows are Mail and Cortana. Microsoft mail works like your mobile version of Mail. You can setup your Outlook.com, Exchange, Gmail, Yahoo, other POP/IMAP account, an even the iCloud accounts here. 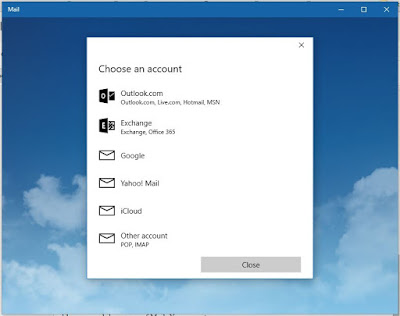 While Cortana, well, if you’re an iPhone user, you might recognize Siri, your personal assistance which can help you search for things, make a call, and other stuff. Cortana on the other hand, I guess has more abilities than what Siri has to offer. It can manage your calendar, give you updates on latest results on your favourite sports, chat with you, and even tell jokes. That’s quite amazing. All I need to to is to find a headphone with a built in mic so that people wont think I’m crazy when the see me talking to my computer. At least, I have more privacy. 🙂 hehehe…
So, that’s all for now. Still have a lot more to explore with this Windows. I’ve shared with you some problem that you might be facing when you use Windows 10, so that you will know what to do later. Just like the Car clubs and blogs that I’ve joined, they will usually tell you about the problems. There’s nothing wrong with it. Knowledge is power.
Again, please subscribe to my blog to get the latest updates on current (or old) technology. If you have a suggestions or something that you want to ask, please leave a message after the beep. 🙂