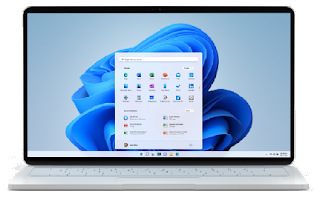 The successor to Windows 10 is Windows 11, at the risk of
stating the obvious. Microsoft could have delivered Windows 11’s new features
in a series of semi-annual feature upgrades to Windows 10 without changing the
operating system’s name.

A new major version number was released along with a laundry
list of new features instead of the more traditional “big bang”
release method.

You’ll notice a revamped look and feel, as well as
significant improvements to the Start menu and taskbar, a reworked Settings app,
a new Widgets pane for delivering news and reminders in bite-sized pieces, as
well as an enhanced method to snap windows into place.

In Windows 10, hardware-assisted security is now required,
which means Secure Boot and device encryption are enabled by default to defend
against more sophisticated internet assaults. This was previously an optional
feature in Windows 10.

It’s not only you who’s disappointed with the lack of
quality applications available in the Microsoft Store. Third-party developers
now have the option to make their traditional Win32 desktop applications
accessible for safe distribution via the Store in Windows 11, thanks to a
significant upgrade to the Store in the operating system.

The Windows Subsystem for Android in Windows 11 will enable
Android applications to run on the familiar Windows desktop, but this
functionality will not be included in the first version of Windows 11. And
speaking of apps, However, there’s a catch: for the time being, these
applications will only be available through the Amazon app store, which is
likewise plagued by the Paltry App Selection Disorder. With the advent of more
comprehensive app repositories like the Samsung App Store or (gasp!) the Google
Play Store, Android app availability may theoretically increase in the future.
If you remember Microsoft’s past trials, you should be wary of this new
feature, which isn’t enabled by default in preview versions yet. 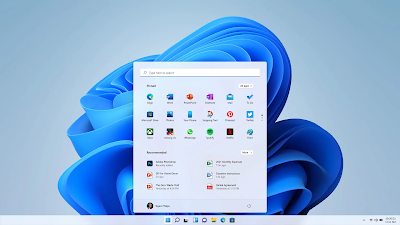 What’s changed the most with Windows 11 isn’t even a new
piece of software. Microsoft’s maintenance plan, which produces feature
upgrades once a year rather than the frantic Windows 10 timetable of twice
yearly feature updates, is a better option.

When it comes to support calendars, Microsoft is extending
the existing 18-month period to 24 months for Home, Pro, Pro for Workstations,
and Professional Education versions, which it calls the Windows lifecycle.
Enterprise and Education versions will provide 36 months of support for IT
professionals in corporate and educational settings. That’s an improvement over
Windows 10’s bizarre tick-tock support plan, which only allows for three years
of upgrades for H2 versions.

On the second Tuesday of each month, security updates will
continue to come.

Windows 11 does not install as an update on older PCs, in
contrast to Windows 10, which was built from the ground up to operate on older
hardware. Windows 11 will run well on the vast majority of new PCs built and
sold in 2019 and beyond. Windows 11 may still be installed on PCs that do not
meet the minimum system requirements, but Microsoft cautions that these
installations will be unsupported.

A PC constructed with an Intel 7th Generation Core processor
or an AMD Zen 1 processor, for example, will not be shown as compatible with
Windows 11’s compatibility tests. Windows 10 is not going to be supported on
PCs bought before to 2016.

Windows 10’s compatibility list will be somewhat expanded,
but all other requirements will remain the same, according to a Microsoft
announcement on August 27, 2021.

Windows 11 needs a Trusted Platform Module (TPM) for
hardware security, as well as UEFI firmware (no old BIOS is permitted) and
Secure Boot for software security. TPM 2.0 compatibility is integrated into
almost every PC manufactured after 2015, but you may need to activate it in the
firmware settings.

The following are the Windows 11 system requirements, as
provided by Microsoft:

– Processor: A suitable 64-bit processor or system on a chip
with a clock speed of at least 1 GHz and at least two cores (SoC)

And now that 32-bit Windows has been formally retired, it’s
a wonderful time to raise a glass in its honour. Windows 11 may only be
obtained as a 64-bit operating system for 64-bit processors (32-bit Windows
apps will continue to be supported, however).

Yes, it is possible to run Windows 11 in a virtual machine.
In reality, you can build a Windows 11 virtual machine with a TPM that meets
the new operating system’s hardware requirements. Your installation options are
limited by the CPU requirements of a Type 1 (bare metal) hypervisor, such as
Microsoft’s own Hyper-V. It’s possible to fake this requirement on a Type 2
hypervisor, such as Oracle Virtual Box or VMware workstation, but the effort
isn’t worth it.

Will it work on existing Apps and Hardware?

The vast majority of Windows 10 applications and devices
should continue to function flawlessly with Windows 11. For most applications,
there should be no discernible change between the new OS and the one it
replaces. As a result, installing the newest Windows Insider preview version
and executing it is the best method to verify compatibility with a device or
app.

Download the Windows 11 Installation Assistant and upgrade your PC to Windows 11 FREE from this link: https://www.microsoft.com/en-us/software-download/windows11

I switched from iOS to Android